The Company awards a prize annually to each of its Military Affiliates, to encourage outstanding service above that normally expected from a member of that unit. The exact criteria for the award are agreed between the Company and the Unit Commanding Officer at the time of the presentation. The recipient is chosen by the Unit Commanding Officer and each year the prize is presented by the Master, or one of the Court.

The current recipients of these awards are:

Highly motivated, determined and keen Cpl Terry seeks to add value at every opportunity. A consummate team player he has improved the operational effectiveness and moral of the 135 Sqn. He has delivered effect in operations, training and leadership in a somewhat challenging year. Cpl Terry has, at short notice, deployed in support of Operation Fortis (Strike Carrier Group) and deployed on Exercise Loyal Leda, in support of ARRC.

Cpl Terry’s contribution to training sets him apart from his peers and makes him indispensable to 135 Geo Sqn. He has taken the lead role in delivering Soldier First Syllabus (SFS) training in both the virtual and physical spheres. The culmination of this being two Exercise Green Owl training weekends in which he was lead instructor.

Cpl Terry has been instrumental in the design planning and delivery of leadership training throughout the year. He displays an abundance of selfless commitment in this arena, often sacrificing his own time to facilitate engaging leadership sessions for his troop. He has utilised his military instructor qualifications to great effect when coaching and mentoring the new recruits within the sqn, providing them with excellent preparation for their phase one training courses. He has delivered rich and varied navigation sessions throughout the year. He also provided instruction and mentorship to his peers prior to their attendance on the Land Navigation SME course.

Cpl Terry is a shining example of the model Cpl, an example esteemed by his subordinates and peers. His values and standards are beyond reproach and his bearing and boundless enthusiasm are an inspiration to all. He is completely dependable, always a willing volunteer and he produces excellent results time and time again.

In recognition of his selfless commitment to operations and training of the Squadron, his determination, enthusiasm and outstanding support to Squadron output, Cpl Terry is awarded the 135 Squadron Endeavour Award for 2021.

As a member of both the RAF Women’s Rugby Union Team and Wakeboarding teams, she has represented the Service at Inter-Services championship level. She also deployed on Op RESCRIPT, detached to work with a 7th Infantry Brigade Coronavirus Mobile Testing Unit in the East of England in the summer of last year. 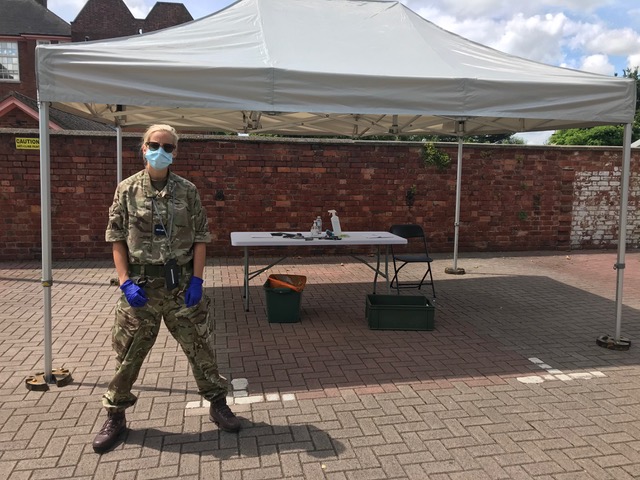 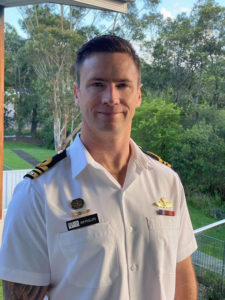 Lieutenant Commander Ian Phillips of the Royal Australian Navy is on a 30 month exchange programme with the Royal Navy. He completed the prestigious International Hydrographic Organisation Category A surveyor course in Plymouth before joining ECHO as one of our two Operations Officers.

During 18 months on board Phillips has faced a diverse range of tasking from counter people-trafficking operations in the central Mediterranean, to high profile defence engagement and Russia facing operations in the Black Sea, NATO operations and of course lots of hydrographic survey work. Sharing responsibility for the coordination of these high intensity operations, the scale of the task would be daunting in the best of circumstances. The success with which he has adapted to unfamiliar organisational arrangements and work practices has revealed Phillips’ to be an exceptionally dedicated and proactive officer. An experienced hydrographic surveyor, he has invested a great deal of time and effort in finding ways to improve the quality and efficiency of survey products.

Phillips’ professional output is matched by his contribution to the social aspects of ship borne life. A first rate ambassador for the Australian Navy he is also a worthy recipient of the 2019 Endeavour Award.