The Company has supported the GSMD since 1991 with the establishment in that year by the late Alderman Anthony Bull, who was Master at that time, of our Music Competition. The competition, which has always offered a substantial cash prize, was originally for String Quartets and has been offered to several music departments at the school since, including Percussion and Choir. We have been offering the prize for Solo Voice for the past 5 years. 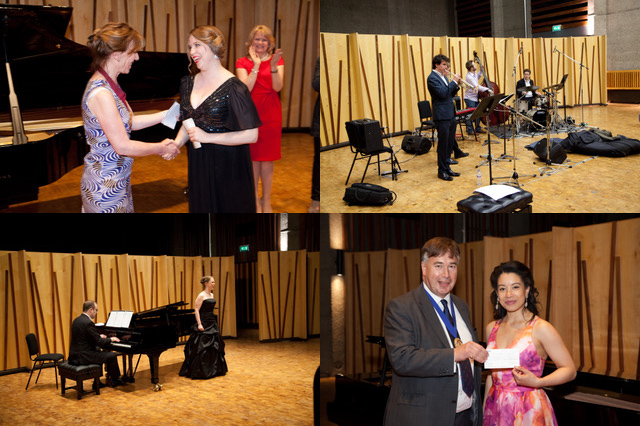 The Company also supports the School by offering an annual bursary of £5,000 to a post-graduate music student (usually an instrumentalist). The School makes a suitable recommendation to the Company.

For the past decade or so a party of Liverymen have offered personal support to the School by attending the Guildhall School Gala which is held each July as a showcase for final year students who perform a musical in the Guildhall School Theatre. This is a performance not to be missed and it is sad that the pandemic restrictions have meant that it has had to be cancelled for two years running.