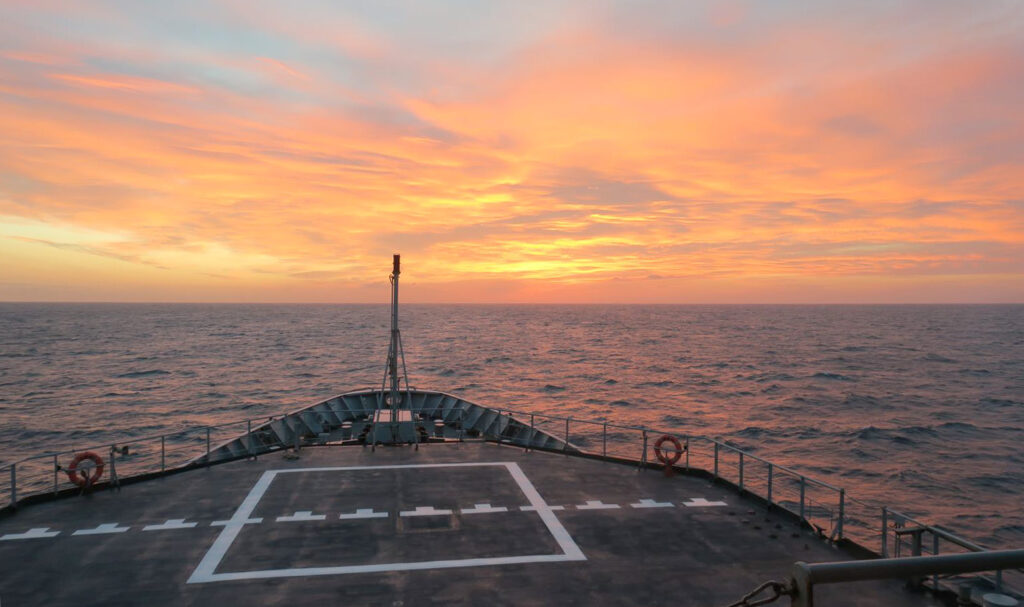 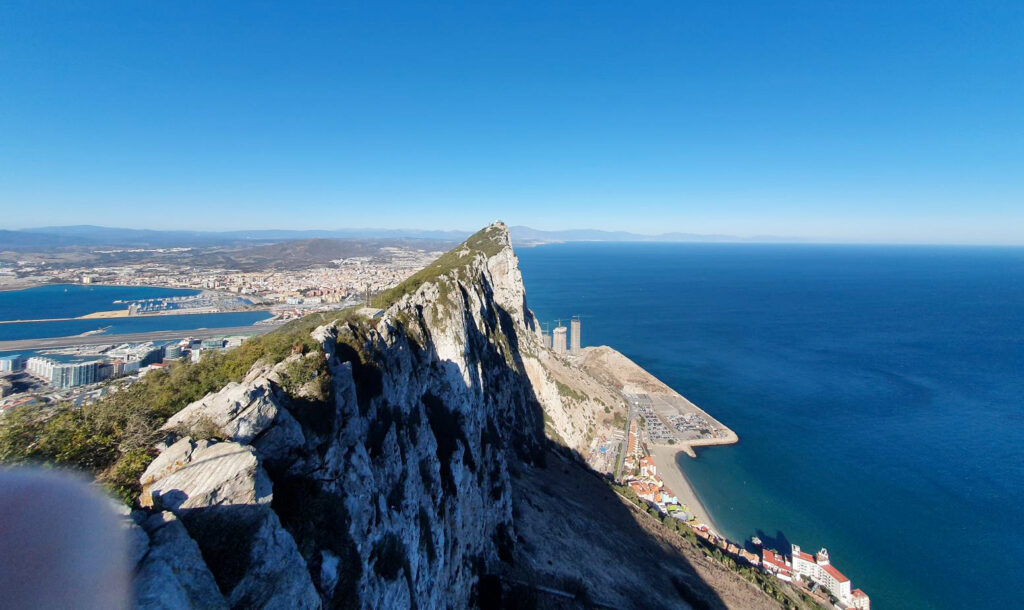 What’s New
An unexpected trip to the Mediterranean allowed some of winter to be experienced in warmer climes; it is the first time ECHO has travelled South in around 4 years. The ship spent most of the winter months playing ping-pong back and forth over a frequently lumpy bay of Biscay; conducting National tasking, supporting wider military exercises, conducting Military Data Gathering off Scotland and acting as one of many units monitoring the Russian presence in the UK area of interest.

The Bristol Channel
The Irish sea and Bristol channel are home to many wrecks, some unidentified and others of historical significance. These provide an ideal opportunity for survey training. Allowing our OOW to get more familiar with operating with towed bodies such as side scan sonar, as well as more opportunities to practise data processing of several kind.
ECHO conducted sonar investigation of several wrecks, allowing for wreck dimensions to be established and an idea of wreck condition to be established. The most important feature for navigational safety is the least depth of the wreck. 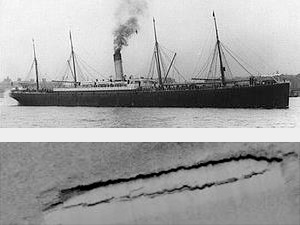 SS Armenian
A 1895-built British Cargo liner built for the Leyland Line which was later fitted out to transport horses. Used for this purpose in WW1 she carried mules and other pack animals from the US to the Western front.
On 28 June 1915 she was engaged by the German submarine U24. After a unsuccessful attempt to escape, the crew were permitted to abandon ship, before two torpedoes were fired at her stern. 29 members of the crew were lost, as well as the ship’s cargo of 1422 mules. This has led to her receiving the colloquial name the ‘bones wreck’ amongst divers due to the large number of animal bones which remain in situ.

Everything’s better in the sun
Sunshine and warmer climes always improve the mood. With Mediterranean waters a balmy 18 degrees, and the weather calm it was decided that a swim would provide a nice refreshing dip. And so with the sea boat launched and the shark sentry appointed (an essential safety role) appointed ‘Hands to bathe’ was called.
Originally a way to improve hygiene and order people to wash in the days before fresh water and plumbing existed on ships, it is now a welcome way of relaxing around the world. 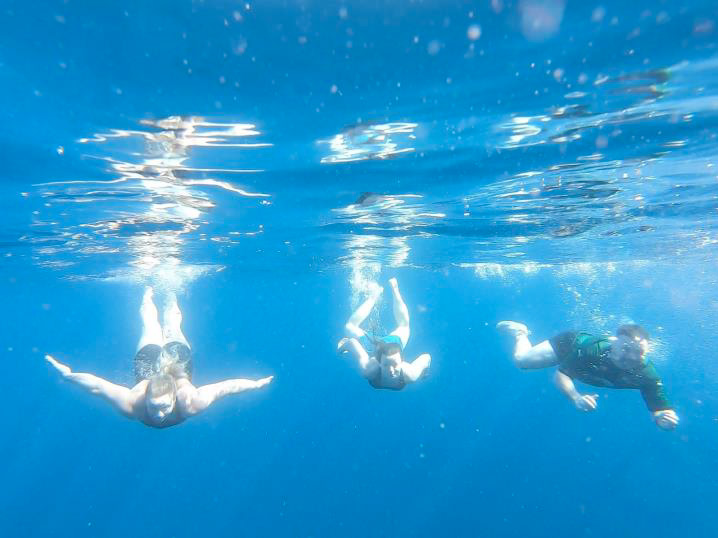 Sports
Whilst running in and out of Gibraltar the opportunity to play a football match arose. With the team ‘selected’ the difficulties of conducting any training at sea soon became apparent. The game was well enjoyed and well played by all, and we send our thanks to Royal Gibraltar Regiment for giving the ship this opportunity.
Although the score line was perhaps an accurate reflection of the amount of practise each team had had. 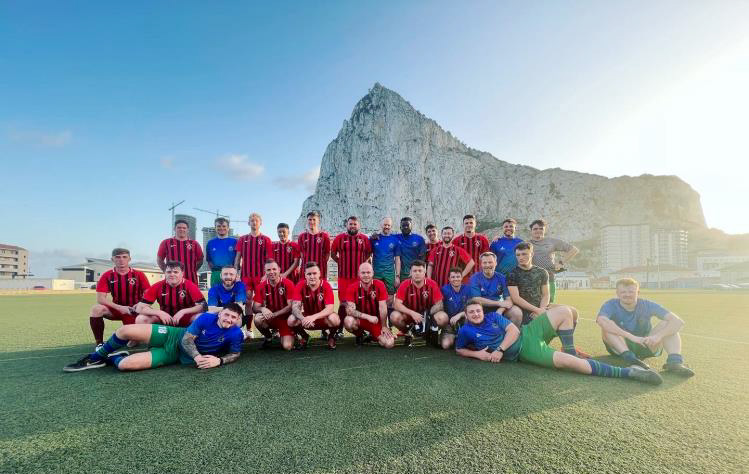 Gibraltar Survey Work
As ships get bigger, accurate surveys of the places they berth get more and more important. ECHO had conducted detailed survey work round Gibraltar in 2019 prior to QE coming alongside for the first time. However due to the presence of ships in the harbour itself a small bit had been missed. We used the time alongside to launch our survey motor boat, which is ideally suited for small inshore survey work to fill in this gap; and improve the safety of the harbour for all. 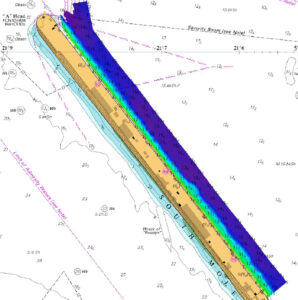 Wild life on the Ocean Wave
Just a short wildlife watch from ourselves this quarter with some photos of a green turtle caught sunbathing, and a good shot of the nightly light display provided by bioluminescent organisms. 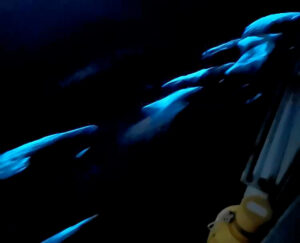 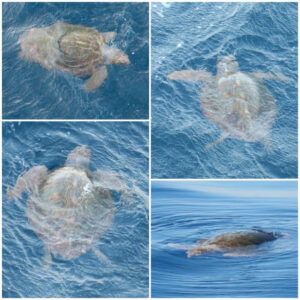 We were delighted to welcome some of you onboard for our Affiliates day this March, and hope you had a fantastic time. We would like to thank you all for your support over the past 19 years, and whilst our future is currently uncertain we will aim to keep you updated with our activities. 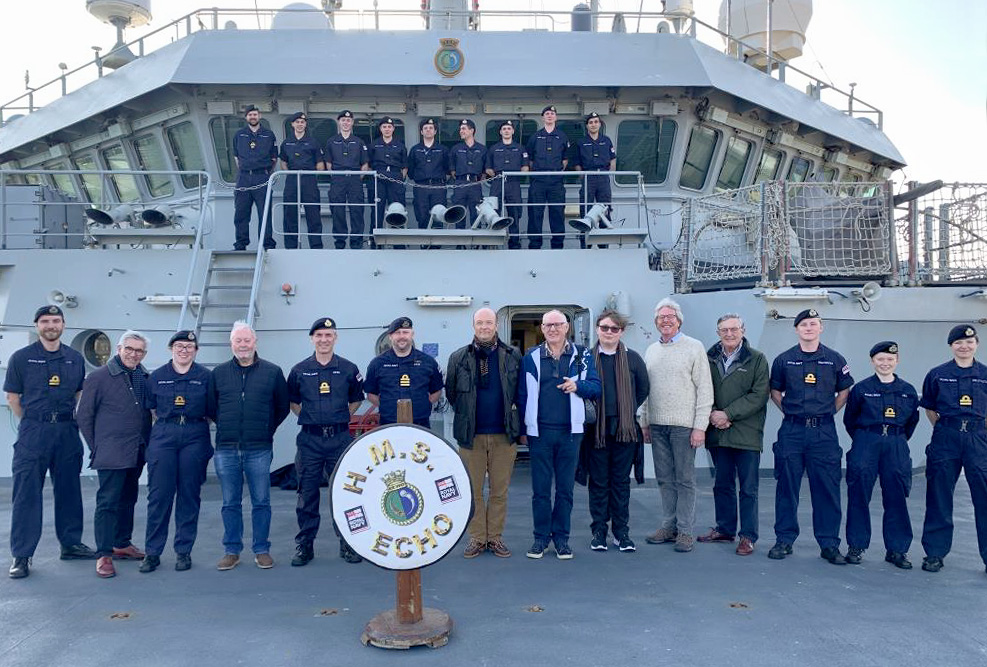