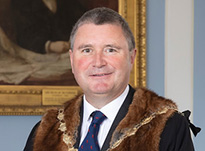 Ken is a first generation chartered surveyor, married to Maria, an accountant who also works in the property world. They live on the Suffolk/Norfolk borders with their two dogs but both work in London.

After graduating from Leicester Polytechnic, now de Montford University, in 1988, Ken joined Royal London Insurance in Colchester. In 1989 he moved to London and joined the then nationalised Electricity Supply Nominees, looking after a portfolio of properties in the pension scheme and completing his TPC in 1991. He moved with the group when the investment mandate was taken on by Foreign and Colonial and remained with them for 11 years.

At the beginning of 2000 he founded Aston Rose along with Tim Richards, John Williams (both fellow Liverymen) and James Coulling. All had been actively involved in the RICS London Junior Branch – Tim, Ken and John all being successive Chairmen. Ken later went on to be Chairman of the national Junior Organisation in 2002.

At Aston Rose, Ken heads the investment team acting for a varied client base built up since the inception of the firm and advising on primarily commercial acquisitions and disposals.

Ken is a member of the East India Club in St James’s where he sits on the main Committee and chairs the Property Committee overseeing an average annual spend of £600,000 on the upkeep and improvement of the grade II* listed property on St James’s Square.

Outside of work Ken is a keen game shooter, also working his Labrador, Pyper (trained by Maria!), and manages to get some fly fishing in during the season. He has a very keen interest in wine and holds a diploma in wines and spirits from the Wine and Spirit Education Trust. Ken also enjoys his walking which has taken him to places such as the mountain ranges of northern and southern Spain and the Virunga Mountains of southern Uganda. 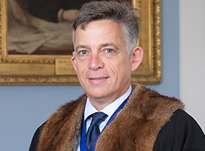 James grew up in the outer London suburbs and after school carried out a 6 month internship at Jones Lang Wootton in the valuation team surveying acres of industrial estates. Following receiving a BSc (Hons) degree in Urban Estate Surveying from Trent Polytechnic, which included a year placement with JLW, he joined the Hillier Parker graduate scheme successfully qualifying a year later.

In 1993, James was part of the newly created Shopping Centre Investment team and continues to specialize in Shopping Centres advising a range of clients on sales and acquisitions.

Notable transactions have included advising the five investors who funded the development of Liverpool One; advising Hermes on the sale of their 7.5% share of Bluewater; advising intu on a number of key acquisitions including intu Merryhill; intu Milton Keynes and intu Derby and advising Criterion Capital on the acquisition of The Trocadero.

Outside of the world of Surveying, James has previously been the Vice Chair of Roehampton Rangers and Chair of the Shrewsbury House School Parents Association.  He is currently the Treasurer of the Sandown Park Ski Race Club, has recently become a Level 1 (Assessed) Field Hockey umpire and a Harlequins rugby supporter.

James is married to Hermione with four children, two boys, Toby and Guy, and two girls, Lucy and Kitty.  Apart from regularly spectating school and club matches, James is a keen sailor (racing in the Squib fleet); skier; golfer and trying to keep fit through either swimming, walking or running when possible. 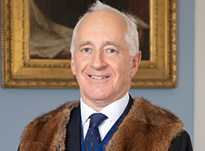 On leaving Oakham School, Rutland  in 1973, Simon Camamile joined the Investment Department of Jones Lang Wootton as a junior negotiator, he became a Chartered Surveyor in 1978, later on becoming a Partner and then Director of JLL (Jones Lang LaSalle).

Along with colleagues he established the firm’s European and UK Industrial and Logistics business in 1998, finally leaving JLL in May 2019.

Simon’s career was based on national property investment and development business including the West End and City of London and built on fortunate advice and business for some great long term clients of JLL.

Simon is the external member of Custodian Investment REIT’s Investment Board, established for pension investors by Mattioli  Woods and  based in Leicester,  since 2013.  He is a non executive Director of UK Land Limited, investors and developers, since 2009.

“Simon and Gill married in 1988 and live in London and Lincolnshire,  with until recently Amélia, an interior designer and  Jack (son in law) and grandson Wolf, still around some of the time youngest son Henry rock musician , George now 30 lives in British Columbia flies helicopters builds houses and ski’s . Simon’s family and dogs keep him busy at weekends along with some shooting and the family horses, enjoys skiing, current affairs/h

Simon was admitted to The Worshipful Company of Chartered Surveyors in 2009 and has served as a Court Assistant since 2012. 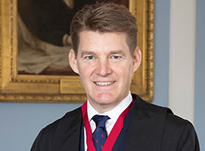 James has worked with Cushman & Wakefield for over 30 years and has held a number of senior positions within the organisation. He is currently responsible for the Investor Services division, representing two-thirds of the Europe, Middle East and Africa region. He sits on C&W’s EMEA Executive Committee.

His career at C&W (then Healey & Baker) started in 1990 as a West End office agent and in 1997 he moved to the firm’s Brussels office, where he spent 5 years establishing a Europe-wide occupier representation business. He returned to London in 2003 and ran the City of London office, before becoming Head of EMEA Office Agency. In his time, he has advised some of London’s largest developers and occupiers on many significant transactions.

James was educated at Portsmouth Grammar School and went on to study Estate Management at Oxford Brookes University, where he received a BSc (Hons). He also obtained a Master in Corporate Real Estate from CoreNet.

James is married to Elsbeth and has two late-teenage sons, Oscar and Barney. He enjoys cricket, cycling and watching rugby. 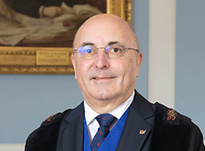 From a working-class background, who like so many came to surveying as a consequence of wise mentoring, Colin embraces the focus of the company on education, enabling achievement and supporting those from disadvantaged backgrounds.

He has 50 years’ experience within the commercial and residential property industry in the United Kingdom, Europe and North America.

Building society and structural surveys were his early focus but commercial property interested him from the beginning and through day release and correspondence course he qualified in 1976, becoming a Fellow in 1986.

In 1982 he became a Partner with Weatherall Green & Smith, President of Speyhawk New York Corporation in 1984 and Managing Director of Higgs & Hill Developments Limited in 1993. He founded Stonemartin Corporate Centres in 1997 having developed the first serviced office building built for purpose in 1989, the company floated in 2001 whereupon he became Managing Director of Stonemartin plc, hence he has served the boards of three listed companies.

He has also served as Chairman of i2 Office Limited, a serviced office company owned by OCS and Chairman of the Property Advisory Board to the Social Stock Exchange whose focus was on sustainability and supporting companies with positive social or environmental impact, something very close to his heart.

He has recently become a director and part owner of newly formed Swallowfield Homes Limited, which will be a delivery partner to UK institutions wishing to invest in the affordable homes sector in England, one of the country’s most pressing needs.

Colin has been a member of the Company for 25 years and was most recently Renter Warden. For the last seven years he has been Chairman of the Property Marketing Awards, which since its creation 28 years ago has been organised by the Company.

Fellowship has been at the heart of so much of his career having founded and chaired the New Mill Luncheon Club post the recession of 1987 and also chairing the Thames Valley Sporting Club, throughout the 90’s led by the rugby icon David Duckham he relishes the ongoing engagement with the very sociable property industry and livery movement.

Away from work Colin loves to spend time with his two children and three grandchildren and is pleased to lead the welcome team at St. Mary’s Church Maidenhead.